JAKARTA – Sales of F&B in Indonesia are expected to increase this Ramadan compared to last year's fasting month despite the same ban on the mudik, the mass exodus of Indonesians to their hometowns for Eid al Fitr.

“Our feeling is that demand during Ramadan this year will be better compared to Ramadan last year, maybe around 10% growth,” Adhi S. Lukman, chairperson of the Indonesian food and beverages association (GAPMMI) and Director of F&B company PT Niramas Utama, told Salaam Gateway.

His optimism is based on an uptick in recent demand growth.

“Most of our members from 63 companies reported that demand in January and February was better compared to last year,” he said.

“But since the middle of March, demand has been flattening and retail is starting to decrease their order for April’s stock. The government’s decision to ban the mudik was actually a shocking piece of news amidst our optimism,” he added.

The government on April 8 announced an internal travel ban during Eid al Fitr in an effort to curb large-scale COVID-19transmission. Sea, land, air and rail travel will all stop from May 6 to 17. Eid al Fitr is expected to fall on May 13.

An average of 25 million Indonesians make mudik trips back to their hometowns every year for Eid al Fitr, driving up demand for travel-related F&B such as snacks, candies, biscuits, and ready-to-drink beverage, as well as groceries meant for home-cooking for large family reunions.

“We hope the government can evaluate the mudik ban policy, because it will surely affect consumer confidence and purchasing power especially for those affected such as tourism workers, bus drivers, and truck drivers,” Adhi said.

The demand for F&B hit the lowest level in the second-quarter last year, with only 0.22% growth, according to Adhi. This gradually picked up to 0.66% growth in the third-quarter. Normal pre-pandemic growth for F&B demand was 7-9%. Demand for F&B peaks during the festive season of Ramadan and Eid al Fitr, particularly for categories such as syrup and biscuits, whose sales can spike by up to 100%.

Like Adhi, he is optimistic that sales growth this Ramadan will be moderately higher than in 2020.

“As there are still restrictions in place for malls, restaurants, and coffee shops, we believe that in-home consumption and health-related categories will also perform better,” said Adrie.

Limits on socialising and gatherings will have an impact on personal care categories, which may not experience the same sales uplift as during the “typical” Ramadan and Eid season, said Adrie.

“As the pandemic has impacted the wallets and spending power of Indonesian consumers, shoppers will gravitate towards larger, value-for-money pack sizes and private label products as a way to stretch their spend,” he said.

Shoppers are also frequenting small-format stores closer to home, which means that manufacturers and retailers should ensure that these stores are well-stocked with popular Ramadan categories that meet the pricing needs of shoppers, he added.

Paulus Tedjosutikno, Director of PT GarudaFood Putra Putri Jaya Tbk, believes household demand in Ramadan will improve on positive sentiment following the start of the national vaccination exercise in mid-January as well as the loosening of social restrictions. For example, worshippers are allowed to perform tarawih prayers in mosques, albeit in limited numbers.

“We are more optimistic about the consumer goods sector for Ramadan this year,” said Paulus.

GarudaFood’s sales have been improving over the last five consecutive months, driven by collaborations with e-commerce platforms, an expansion of its distribution network, and adding stock for seasonal products that are usually hard to find during Ramadan.

However, it remains to be seen how much in-home consumption can offset the drop in F&B sales caused by the ban on mudik this year. 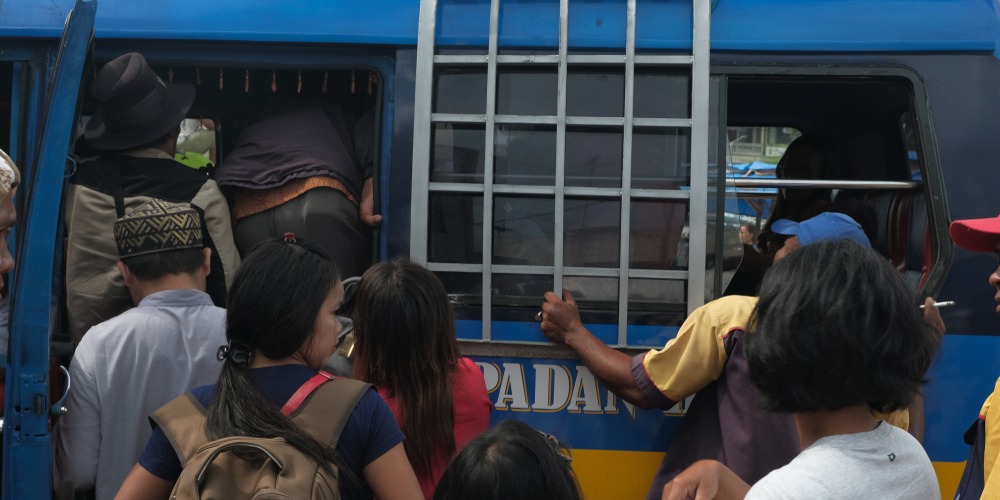 Indonesia F&B companies optimistic about sales during second COVID-19 Ramadan despite mudik ban
JAKARTA – Sales of F&B in Indonesia are expected to increase this Ramadan compared to last year's fasting month despite the same ban on the mudik, the mass exodus of Indonesians..
https://css.salaamgateway.com/story/indonesia-fb-companies-optimistic-about-sales-during-second-covid-19-ramadan-despite-mudik-ban