JAKARTA– Indonesia’s government is working on a COVID-19 vaccination program for this year’s prospective haj pilgrims.

This follows a report in Saudi newspaper Okaz on Monday that cited a Ministry of Health circular signed by the health minister saying that the COVID-19 vaccine is mandatory for would-be pilgrims to get the haj visa this year. The haj this year will take place in July.

Indonesia’s religious affairs ministry has not received word from Saudi Arabia regarding mandatory COVID-19 vaccination but officials will move forward in anticipation of an official announcement, Acting Director General of Haj and Umrah at the ministry of religious affairs, Oman Fathurahman, told Salaam Gateway.

The religious affairs ministry is currently validating the data for the pilgrims that were on the haj 2020 list and will prioritize them for vaccination.

Haj 2020 was substantially reduced to around 1,000 pilgrims resident in Saudi Arabia as the Kingdom kept its borders closed amid the pandemic. 221,000 pilgrims from Indonesia were scheduled to perform the haj last year.

“As of February 18, 2021, we validated the data for 172,000 prospective pilgrims, comprising 158,000 candidates as regular pilgrims and 14,000 candidates as special pilgrims, since the ministry of religious affairs had already integrated the Hajj Information and Computerization System (Siskohat) with the Ministry of Health,” said Oman. Regular pilgrims are managed by the government while special pilgrims buy packages from private travel agents.

Data validation was based on pilgrims who had fully paid for the last year’s haj.

“We want all pilgrims who have fully paid their haj fee to be registered for the second phase of the vaccination program," said Oman.

Indonesia has completed the first phase of its COVID-19 vaccination program that prioritized, among others, healthcare staff. President Joko Widodo was the first to receive a jab, on January 13. The second phase is ongoing and targets the elderly, traditional market traders, teachers, public servants, police, journalists, and religious preachers. The last phase for the rest of the population will start in June and finish in March next year.

The government is aiming for at least 141 million of its 270 million population to be vaccinated.

The Ministry of Health spokesperson for the national vaccination program, Siti Nadia Tarmizi, confirmed that the data validation process between the religious affairs ministry and the health ministry has started. The Hajj Health Center (Puskesmas) is linked to Siskohat to help speed up the process of data collection and verification.

In addition to the national vaccination scheme, some elderly would-be pilgrims, particularly those in Jakarta and the Greater Jakarta area, have already been vaccinated. Younger prospective pilgrims can also start to take part in the vaccination program as one of the priority groups, in accordance with the request by the minister of religious affairs Yaqut Cholil Qoumas.

“They can start to take the vaccine now even though there is no clear date yet from Saudi Arabia when they will reopen the haj program again,” said Siti Nadia. 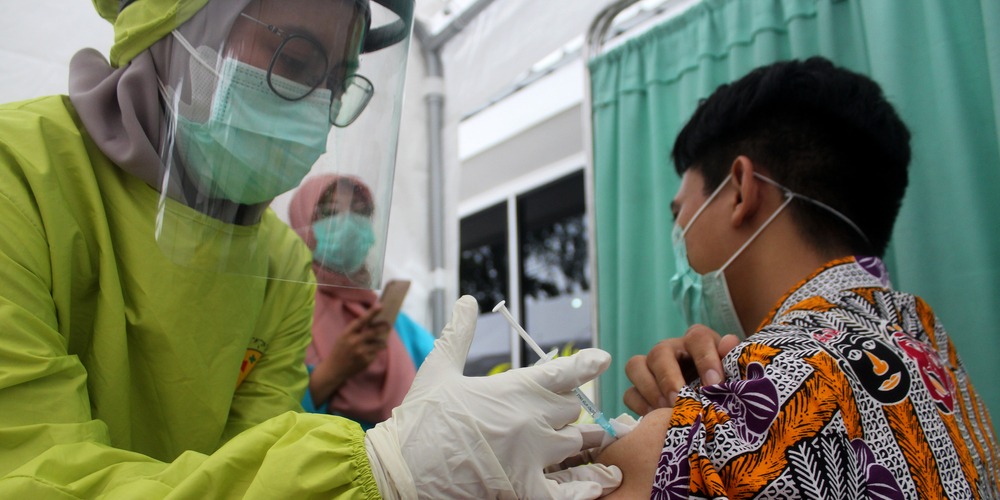