JAKARTA - Indonesia’s once all-powerful halal certifier LPPOM-MUI is preparing to implement the anti-bribery management system ISO 37001 after years of criticisms for lack of transparency and allegations of corrupt practices.

The Assessment Institute for Foods, Drugs and Cosmetics of Majelis Ulama Indonesia, better known as LPPOM-MUI, for some three decades held the monopoly for halal certification in Southeast Asia’s largest economy. From when it first started, in 1989, to October 2019, the assessment institute, or LPPOM, reported results of tests and audits for the halal-ness of foods and products directly to the fatwa committee of the non-governmental body Majelis Ulama Indonesia, which would issue halal certificates.

In October 2019, the task of issuing halal certificates fell on new government authority BPJPH as the requirement for compulsory halal labeling kicked in. The role of the clerical body MUI shifted to providing fatwa and its LPPOM became one of several testing and auditing services working with BPJPH. The government agency since October 2019 has had oversight of the halal certification process, including auditing and the recognition of foreign halal certification bodies, an exercise that has proven to be sensitive in the past and opened MUI or its officials to criticisms and allegations of bribery and other unethical activities. This is due to the way the system is set up.

In the absence of a standardized global oversight of the halal industry, private halal certification bodies, that predominantly operate in Muslim-minority countries without national-level halal authorities, seek recognition by agencies such as BPJPH (and formerly LPPOM-MUI) to be able to halal-certify products intended for export to Islamic markets such as Indonesia. Agencies such as MUI, when it held the monopoly in Indonesia, was the gatekeeper of the halal certificate and hence determined if foreign certification bodies would be given access to the lucrative market.

In this changed landscape, LPPOM-MUI’s executive director, Muti Arintawati, told Salaam Gateway the NGO’s new vision is to lead in halal assurance solutions based on five core values that it sums up with the acronym IHSAN: integrity (Integritas), professionalism (Handal), synergy (Sinergi), enthusiasm in innovation (Antusias berinovasi) and prioritizing the customer (Nomorsatukan pelanggan).

She answers a few of Salaam Gateway’s questions about LPPOM-MUI’s new role under BPJPH.

This Q&A has been edited for brevity and language.

1. What has LPPOM-MUI been doing under BPJPH and what are your working goals this year?

We will also complete the competency certificate of all of our halal auditors that are currently 1,104 all over Indonesia. We want to have auditors in each regency or city around Indonesia to support the branch office at the province level.

The latest government regulation has just come in, in February, detailing the mechanisms of the implementation of the Halal Product Assurance Law, and some other implementation regulations are still in the drafting process by the government. So at the end of the day we need to adjust our workflows and targets with those regulations.

2. As the main fatwa body supporting BPJPH’s halal certification, what steps are in place from LPPOM-MUI to ensure the industry of the veracity of your processes and decisions? How can the industry see the processes clearly?

Actually, we have an online system CEROL SS23000. The industry or companies that apply for halal certification to us can follow the whole process in real time. If there is any delay from the standard timeline, they can directly contact our customer service to check the pending matters.

We use service-level agreements with customers. For instance, we agreed to complete the pre-audit process within three days and the LPPOM-MUI manager should really ensure that. There is periodic evaluation for all of our staff members and officers. Key Performance Indicators are set for each of them.

Regarding the audit process, there are no veto rights. We have a cross-check mechanism if there is any dispute and we always refers to the same policy, the same procedure, the same criteria and the same fatwa.

There is also a traceability feature through the history menu. Each audit process stage can be monitored by both the company [applying for halal certification] and us.

And now we are developing ISO 27001 on information security management although we already have commitment that our auditors have to keep clients’ data confidential.

We also compiled 14 books regarding halal certification matters, namely the HAS23000 Series that can be freely accessed by the public.

All of the standards are created based on MUI fatwa and our best practices in halal certification.

We have a good cooperation with the industry to receive inputs from them. For example,  our positive list already accommodates industries’ input.

We have been accredited as a Halal Certification Body by the National Accreditation Committee (KAN) and by international bodies such as ESMA from the United Arab Emirates as well. Even some Fortune 500 companies are our clients.

3. There have been concerns about corruption and lack of transparency over the years from the global halal community, for example the recent Halal Control GmbH allegations, but overall, criticisms have mainly been against certain individuals and not the whole LPPOM-MUI. What’s your view on this?

We are glad to announce that currently we are preparing to implement anti bribery ISO 37001. This year, internally we have started to prepare all the documents. Next year we will continue by  implementing it internally. Soon after evaluating the internal implementation we will start to apply for the certification process [from ISO].

Basically we are in the same level or playing field with other certification institutions such as TÜV, SGS, Sucofindo or Surveyor Indonesia.

We are not a government agency or a public listed company. So we aren’t obliged to report financial reports to the public. We have an annual audit by a public accounting firm and by MUI.

All personnel in LPPOM-MUI are bound by an integrity pact that they signed when they first join LPPOM-MUI. As I explained before, we are audited regularly by external parties such as KAN.

We created an impartiality committee that consists of representatives from government, industry, MUI to avoid any conflict of interest and to not give any privilege to certain companies.

We build many tools to make this institution as good as possible in terms of governance.

But of course, there is still the possibility of loopholes by individuals and if any of us are in trouble we fully support law enforcement authorities to solve it personally.

4. There have been several local news reports, such as this one from Tempo, that have led to some people asking if LPPOM-MUI should be part of the state so that it can be audited by the national government internal auditor BPKP, and investigated by the Corruption Eradication Commission KPK. Do you agree?

LPPOM-MUI is not a government agency and we do not receive financial support from the  government (APBN), so we are not in the scope of audit of BPKP and KPK.

Making reports available for the public is maybe good to let people know what we have been doing but financial reports are not necessary. The main and important thing is that we don’t use [the fees meant for halal certification] for personal gain and it can be proven through the public accountant.

We prefer to make reports more on our milestones or achievements.

5. Is LPPOM-MUI satisfied that it has performed its work and responsibilities in the best interest of the halal industry and Islamic requirements?

We are so far satisfied with our performance regarding our work to fulfill the best interest of the halal industry and halal requirements.

We want to adapt with the advancing era.

The technical rules, such as policies and procedures of halal certification, are flexible and can change from time to time in accordance with industry development but the core principle (substantive) values of halal should remain the same.

We basically want to make it easy for the industry and become their preferred partner. 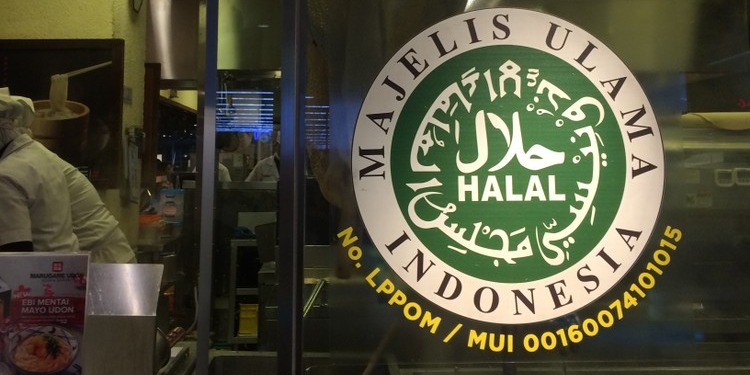