An estimated 71% of Pakistan's population is unbanked (Bloomberg)

Published 17 Nov,2021 via Bloomberg Markets - The startup scene in the world’s fifth-largest nation is having a breakout year.

More money has flowed into Pakistan’s nascent technology sector during 2021 than in the previous six years combined, with investors from the U.S., Singapore and the United Arab Emirates joining the rush. And one former Microsoft Corp. and LinkedIn Corp. employee has been involved in about half the fundraising deals.

Until 2018, Pakistan-born Aatif Awan was living the dream in Silicon Valley. After more than a decade working for tech heavyweights, he’d become an angel investor for American startups and bought a house in San Francisco. Then he went to visit his parents in Lodhran — a small town known for growing mangoes and cotton — and new opportunities became clear.

Multiple local entrepreneurs got in touch, seeking advice on funding and how to accelerate their startups. That’s when Awan, 41, saw the possibilities in Pakistan’s startup space. He moved back in February last year and started his early-stage venture capital fund, Indus Valley Capital.

“The law and order situation is so good, mobile penetration is there, everything seems right for this to happen,” he said.

While neighboring India has long had a vibrant startup scene, foreign investors have traditionally viewed Pakistan with trepidation: Security concerns, power shortages and poor digital infrastructure have all counted against it in the past. But by other measures, the potential in fintech and retail is huge. Two thirds of the 200 million population are under 30, most shopping is still done in cash and relatively few people have a bank account. Internet users have more than tripled in the past five years, to about 110 million.

By global standards, the sum poured into the country’s startups this year — about $300 million, according to Crunchbase and Invest2Innovate data — is tiny. But it’s a record for Pakistan and the funding surge is expected to continue.

Silicon Valley-based Kleiner Perkins, an early investor in Alphabet Inc. and Amazon.com Inc., made its first investment there this year. Defy Partners Management LLC, Singapore’s Wavemaker Partners LLC and UAE’s Zayn Capital Ltd. are also on the list of investors.

Pakistan “has all the necessary ingredients to be a large market that is growing rapidly,” said Mamoon Hamid, a partner at Kleiner Perkins. “Just given the youth of the population, we believe that they will adopt the new way of doing things much faster than most countries on the globe.''

The venture industry is enjoying something of a boom everywhere.

Global deals this year surged to $524.1 billion by the end of October, according to research firm Preqin — 66% higher than last year’s total and more than double the amount invested in 2019. The Covid-19 pandemic has made some things easier for international investors, as Zoom meetings and exchanging documents by email have replaced in-person meetings. Meanwhile, China’s tech crackdown has also prompted investors to hunt for new opportunities, with startups from Southeast Asia to India seeing increased interest from venture capital and private equity firms. To some, the capital flowing into Pakistan is yet another sign of frothiness in the market; to others, it’s the logical next step in a global race to invest.

“The Internet economy has exploded over the last five to seven years, and I think that is the main catalyst,” said Ali Mukhtar, general partner at Fatima Gobi Ventures, whose portfolio companies have been involved in about 40% of Pakistan’s fundraising this year. The large diaspora in places like Silicon Valley, London and New York has also helped to provide a talent base and funding, he added.

Many young nationals have left high-paying overseas jobs at places like Morgan Stanley, McKinsey & Co. and BNP Paribas SA to become entrepreneurs back home. The opportunity has also seen a few foreigners moving to Pakistan.

“Just the population size and the average age of the consumer alone creates a good market,” he said. “Up until this year there hasn’t been any big VC money coming in.”

In addition to rising interest from global venture capital companies, the entrepreneurial ecosystem is also benefiting from a growing network of local investors, incubators and shared working spaces. Pakistan’s government has also increased support for the tech sector after realizing its potential for exports.

The startup scene’s atmosphere is encapsulated at the Karachi offices of e-commerce startup Bazaar Technologies Pvt., which in August raised $30 million in the nation’s largest series A fundraising. Of more than a dozen investors, only one met with the company in person.

Tucked away in an old office building, it’s a modern workspace with gleaming floors and furniture that buzzes with casually dressed young workers. Co-founders Hamza Jawaid and Saad Jangda, both 28, respectively worked in Dubai for McKinsey and ride-hailing company Careem Inc. before returning home last year to start Bazaar, which operates a business-to-business marketplace for grocery stores.

Just a few years ago, startups in Pakistan struggled to raise funding. Risk-averse banks routinely turned down loan applications from entrepreneurs, while most cash-rich businesses and other private investors were not even willing to speak with them.

“In 2012, there were zero significant funding sources,” said Kalsoom Lakhani, co-founder of investment fund i2i Ventures. “You really had to have the network in Pakistan to raise your funds for business.”

“If you fast forward, there has been a support system that has been growing in speed around the startups,” she said.

A number of risks could slow the funding momentum. Investors may lose faith if Pakistan’s pace of digital adoption is slower than expected — and banks with big pockets have been failing for decades to convince most of the population to take up bank accounts. An abrupt change of government policy — such as a more punishing tax regime or stricter regulation — would be a real threat to the fledgling tech sector. Investors may also find it difficult to exit through Pakistan’s stock market since startup valuations are high relative to listed companies, according to Suleman Rafiq Maniya, head of advisory at Vector Securities Pvt. Pakistan being on the monitoring list of the Financial Action Task Force, a financial watchdog, is also a concern for investors and has created extra hurdles for startups.

For now though, there’s a lot of venture capital funding to be scooped up. “People realized this is a much larger force,” said Awan.

Several startups have found themselves attracting more money than they had initially sought, while ideas and the results of a small test-run can be enough to raise funds, according to people who asked not to be named since the matter is private. Some are also hiring staff at double or triple their current salary as they have money to spend, two of the people said.

“If you have a good team and a good idea, you’d come in and just revolutionize,” said Olivas. “There’s so much white space.”

Early-stage success stories include Airlift Technologies Pvt., a Lahore-based online shopping delivery platform, which in August raised $85 million in the nation’s largest single private funding round ahead of overseas expansion plans. Digital payments startup TAG Innovation Pvt. is now valued at $100 million after raising funds in September, while competitor SadaPay is projected to be the fastest-growing mobile wallet in the world in the five years to 2025, according to London-based fintech company Boku Inc. Neither company has begun fully fledged operations yet.

“What happened in China, India and Indonesia has started to happen in Pakistan, only faster,” said Awan. “The wheel has started turning now.” 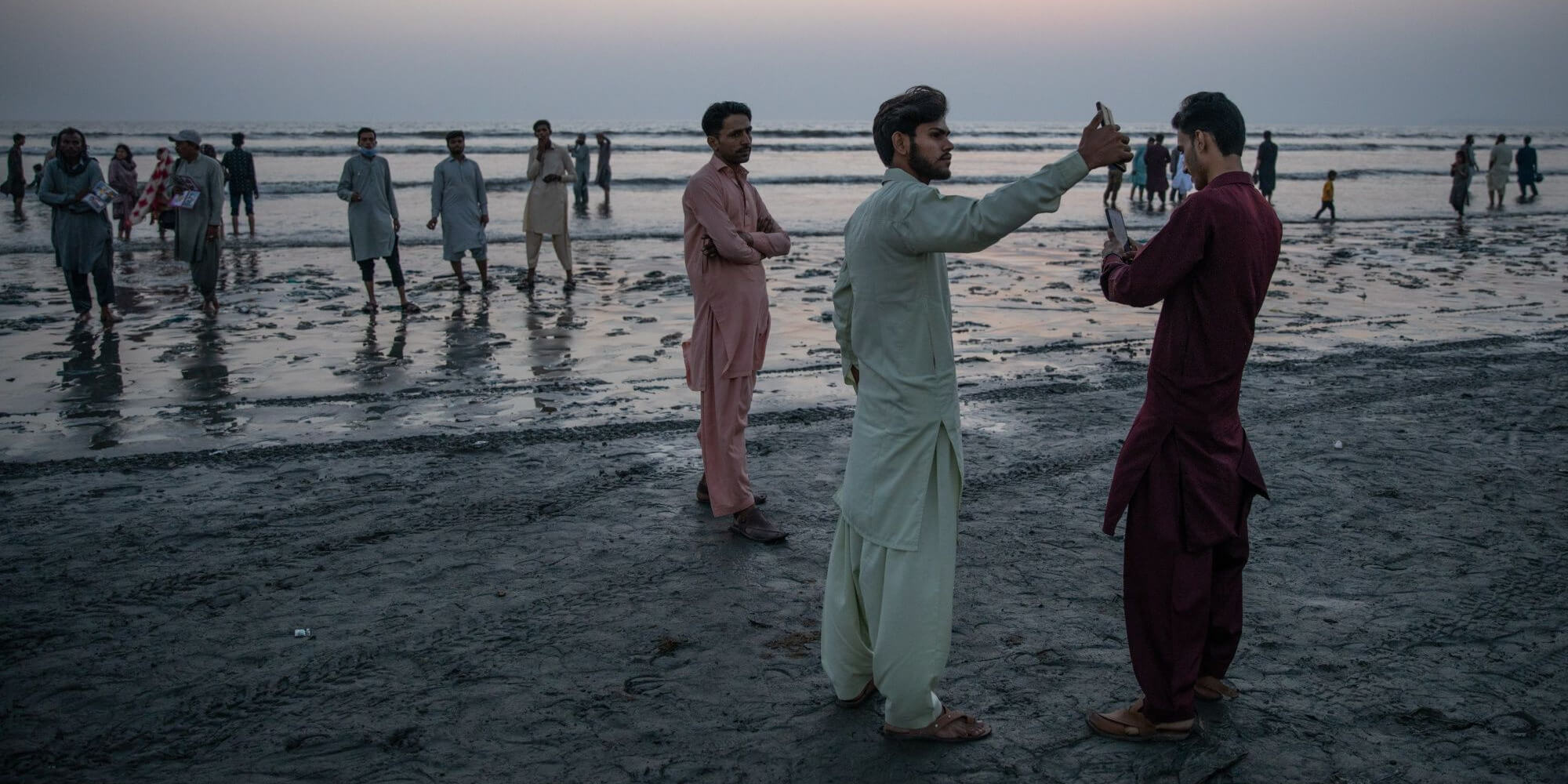 Startup fever is gripping the world’s last big untapped nation
Published 17 Nov,2021 via Bloomberg Markets - The startup scene in the world’s fifth-largest nation is having a breakout year. More money has flowed into Pakistan&r..
https://css.salaamgateway.com/story/startup-fever-is-gripping-the-worlds-last-big-untapped-nation