Only 5% of young Arabs surveyed in 2020 view language as central to their identity, while their Arabian heritage count for just a marginally higher 7%.

The entertainment and media sector is central to the proliferation of the Arabic language and its related cultures in the Middle East. The sector was valued at $35 billion in 2020 and will reach $69.83 billion in 2026, according to one study. This growth, says the study, is driven by the trends around personalization and increased digitalization.

Due to COVID-19 lockdowns last year, the digital consumption of music, video, gaming and other forms of on-demand entertainment surged and its level may normalize post-pandemic. In the MENA region, one of these digital mediums is the podcast.

Arabic podcasts are experiencing a growth in popularity in the Middle East although they haven’t quite reached mainstream adoption. A telling sign of the growth of the sector was when UAE’s Kerning Cultures raised $460,000 in May 2019 to become the first venture-backed podcast company in the MENA region.

The Arabic podcast faces two unique challenges, according to the Podcasts in Mena State of the Industry 2019 report from UAE-based Amaeya Media. Conducted in late 2019, the underlying survey received 502 responses. 75% of the respondents were under 25. 90.2% of valid responses were based in the UAE, which unfortunately does not give an even representation of the region. Regardless, the report does present useful findings.

Amaeya Media’s report revealed a disconnect for the producers of the over 400 regionally created podcasts.

Almost 50% of those surveyed voiced an interest in listening to local shows. However, less than a third actually do. They are concerned regionally-grown content lacks the quality of international productions.

“Sowt creates Arabic topics that will lead to a better world, to a better place,” said Tesdell.

“We are asking questions that don't get asked, listening to perspectives that aren't often listened to, and confront narratives that we disagree with or we find that should change.”

With a team of 17 full-time employees and a myriad of freelancers, the firm produces between 15 to 17 original shows and makes content for other platforms on a white label basis.

The bootstrapped, yet cashflow positive company receives grants to produce free and independent content and has commercial and service contracts with big names including the United Nations, and non-governmental organizations that want to disseminate their messages via audio.

According to Tesdell, a ten-episode high-quality show can take three to six months to produce. Different to radio shows, Sowt approaches the creative process like making a movie. The team creates scripts, writes scenes, and builds characters over the length of the show.

“We stole a bunch of moviemakers from the film industry to work on our podcasts,” Tesdell explained.

His team also employs typical elements of storytelling like narration and plot, supplemented by music and transitions.

“I think that differentiates us from some of the other content producers that are out there,” he said, referring to simple, entirely interview-based podcasts.

The aim of Tesdell and his two partners is to build a sustainable, revenue generating company that treats the planet and its employees well. Sowt works on a subscription model, which it hopes will help it minimise the need to make money through advertising.

A Saudi Arabia podcast poll released by markettiers MENA in August last year highlights that the audience is receptive to advertising. 83% of the interviewees accept promotion and sponsorship within podcasts in exchange for free content. Just 6% of users said they would never listen to a branded show. In the Kingdom, 15% of the adult population listen to podcasts at least once a week.

The agility of the medium makes it increasingly attractive for advertisers. In the U.S., where podcast advertising revenues are forecasted to cross $1 billion in 2021, over two-thirds of podcast advertising is host-read, a delivery modus for which the messaging can be changed quickly when needed.

However, to be appealing to advertisers, the shows need to demonstrate an audience of scale. That in turn requires the listeners being able to find and easily download relevant content.

The unearthing of Arabic language podcasts remains challenging due to limited search functionality and unfavorable algorithm settings on the dominant platforms.

According to the Podcasts in MENA State of the Industry 2019 report, Apple is the region’s dominant player (42%). Non-Apple podcast listeners tend to tune in via Spotify (26%) or Google Podcasts (19%), said the report.

Less than 4% of respondents browsed on Anghami, the only regional streaming service that carries 11,000 podcasts of which 3,500 were in Arabic.

Founded in Lebanon in 2012, Anghami was the first music streaming platform in the Middle East and North Africa. Within seven years, it delivered 10 billion music streams to more than 70 million users.

The company runs offices in Beirut, Dubai, Cairo, and Riyadh and generates income from advertising and subscriptions. An Anghami Plus subscription costs $4.99 per month or $44.99 per year and the streaming platform shares 50% of the money made with the artists and labels.

Five years after it last raised funds, in early January Anghami announced an investment injection by Dubai-based asset management firm SHUAA Capital. The amount was not disclosed. Speaking about the deal, co-founder Elie Habib said the company will continue to target rapid growth and market penetration.

Anghami’s aspirations align with what Sowt’s Tesdell sees looking ahead.

“I think this year we'll see some mergers and acquisitions and smaller podcasts being scooped up in the networks.”

However, whether such developments encourage the creation of content in Arabic or hinder it remains to be seen. Or heard off. 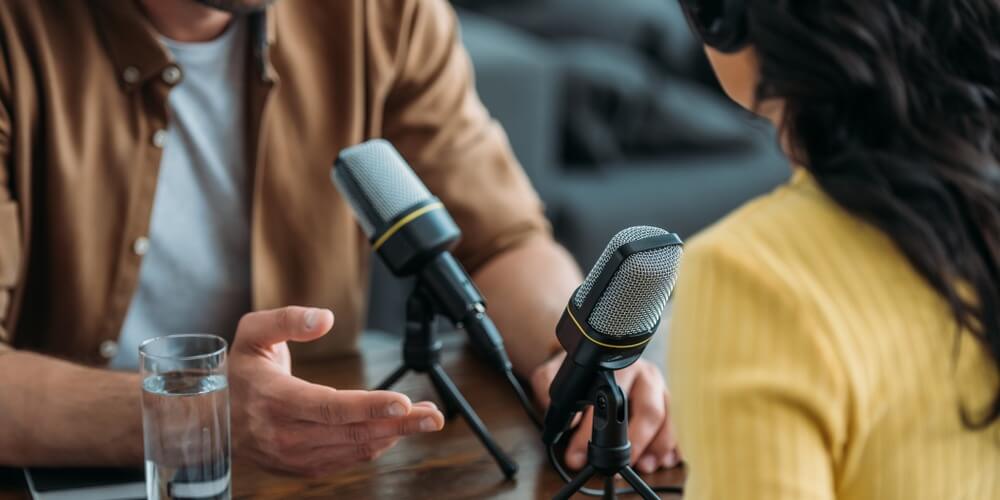 There’s money to be made in Arabic podcasts but the Middle East needs more ‘interesting’ local content
Only 5% of young Arabs surveyed in 2020 view language as central to their..
https://css.salaamgateway.com/story/theres-money-to-be-made-in-arabic-podcasts-but-the-middle-east-needs-more-interesting-local-content