Published 19 Oct,2021 via Bloomberg Markets - The lira’s slump this month threatens to derail a rally in Turkish corporate bonds that’s handed investors some of the richest returns in emerging markets.

The debt, which handed investors returns of 4.4%, in 2021, was the second-worst performer in developing nations, after President Recep Tayyip Erdogan sacked three central bankers last week. As the lira tumbled, the average yield on Turkish company bonds surged to a more than five-month high of 4.82%.

Before then, Turkish corporate borrowing costs had largely resisted the impact of China’s Evergrande Group crisis and rising concern about tapering by the U.S Federal Reserve, which curbed appetite more broadly for riskier emerging-market assets.

The $40 billion Turkish corporate market has rewarded risk-takers this year amid optimism over booming exports, returning tourists and the reopening of European markets. Emerging-market credit, meanwhile, lost 2.5% in total returns in the period.

“The larger the magnitude and the faster it occurs, the more it can hurt the corporates,” said Omotunde Lawal, head of emerging-market corporate debt at Barings, referring to the Turkish lira’s fall. While some companies have hedged their currency risks, none foresaw the lira at 9 per dollar, she added. “It will take a while for the corporates to be able to increase prices to recoup the impact of the depreciation.”

The central bank is expected to cut rates on Thursday after the firing of deputy governors Semih Tumen and Ugur Namik Kucuk, along with Monetary Policy Committee member Abdullah Yavas, who were seen as opponents of looser policy. The ouster followed a meeting between the Turkish president and central bank chief Sahap Kavcioglu on Wednesday evening.

The lira plunged to record lows, extending this year’s depreciation to over 20%, the worst among EM currencies. Erdogan -- whose ruling AK Party has for decades based its electoral success on rapid levels of economic growth -- argues that higher interest rates actually push up prices rather than the orthodox view that they contain them.

Borrowers and international lenders have sought to adapt to Turkish market shocks in the past.

Lenders like Akbank TAS and Ziraat Bankasi AS, who tap the market at least twice every year for refinancing, sweetened pricing on their foreign borrowings in March as the lira tumbled after the shock dismissal of the previous central bank chief.

Akbank and Turkiye Ihracat Kredi Bankasi AS (Turk Eximbank) are currently in the market to refinance, and at least three more issuers are expected to replace their previous borrowings. Akbank declined to comment and Turk Eximbank did not return a telephone call and an email seeking comment.

“An extreme depreciation would hurt confidence and Turkey could face an FX liquidity crunch,” said Okan Akin, a credit analyst at AllianceBernstein in London. “This is a very important risk when Fed tapering is a real possibility. A large devaluation would weaken banks’ capital ratios and spur a selloff in bank bonds.” 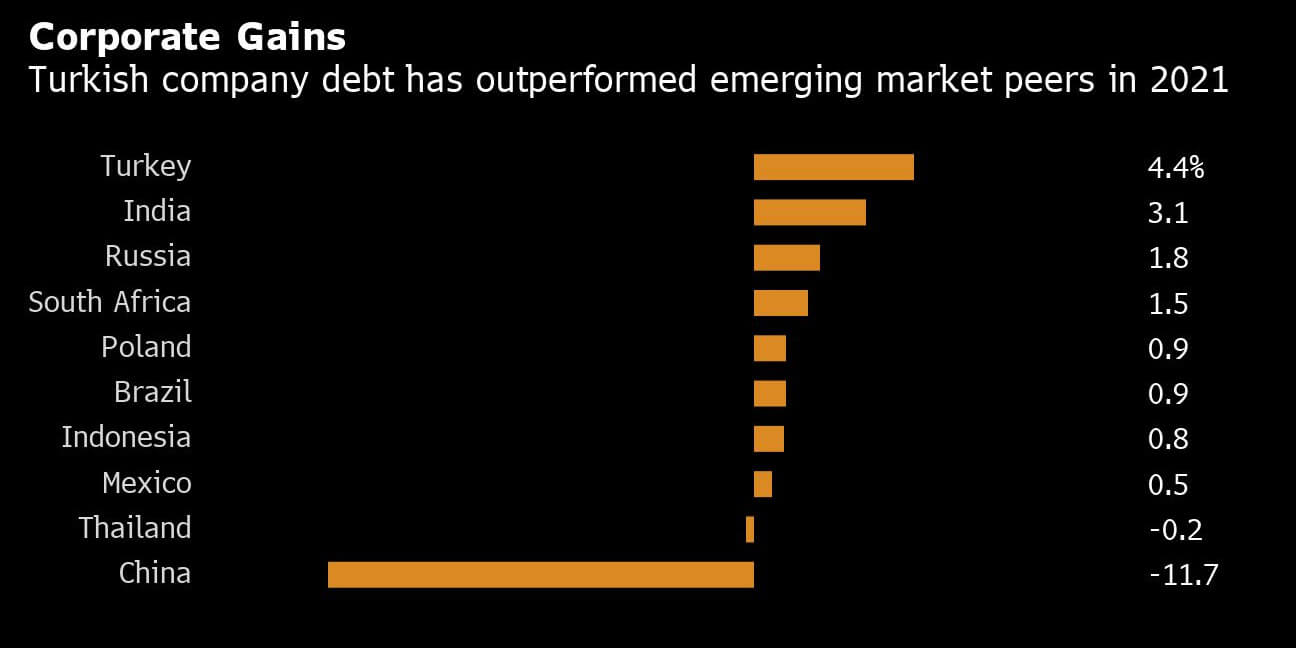